Getting to the Peaks

The Peak District is a fantastic place to cycle. There are many quiet lanes, ideally suited to touring and road-cycling, which weave their way through spectacular scenery. Some of these lanes are as close to cycling nirvana as you will find anywhere in the country. Equally there are many off-road routes for all grades of mountain bikers and there are a host of dedicated family trails for leisure cyclists, like the Tissington, Monsal, and Derwent trail. However, getting to the Peak District usually requires one to either drive or cycle on A-roads. 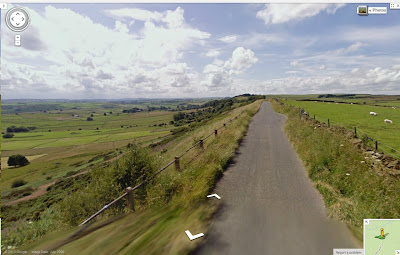 There are two distinct groups of people cycling in the Peaks, one group is locals, from surrounding areas such as Sheffield, and a large fraction of these will likely cycle directly into the Peaks from their homes, whilst the other people are tourists and occasional leisure cyclists.

The family leisure cyclists are very well catered for with facilities such as the Monsal Head trail and the Derwent reservoir. These off-road trails are suitable for young children and families wishing to amble along at a steady pace, and offer safe idyllic cycling. However, the vast majority (if not all) of the tourists and leisure cyclists, will drive to the Peaks. 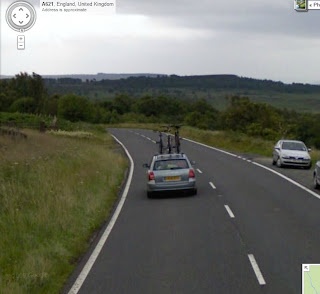 Whilst it is possible to arrive by train, I suspect very few would consider this, given the trains have a ridiculous 2 cycle limit policy, making it practically impossible for a family to do anything else but drive to a trail. For example, there are only three viable trains on a Sunday from Nottingham/Derby to Matlock. That means only a grand total of SIX CYCLISTS can take a day trip to the Peaks. What a sad state of affairs.

Many Cyclists are using A-roads

The family leisure facilities in the Peaks, like the Monsal trail are a fantastic resource, and the councils and cycling campaigners like Sustrans seem very eager to promote and spend money on this type of shared-use infrastructure. However, such facilities only represents (imo) a small amount of the cycling activity in the Peaks. The vast majority of miles cycled will be by locals using road and mountain bikes, and much of it will be cycled on the lanes/tracks through quiet localities. However, many of these cyclists will use fast A-roads to arrive at the Peaks, such as the A625, A57, and A621 from Sheffield. And this is where the problem lies. Despite the amazing lanes for touring and off-road trails for mountain bikers, many of these routes are sometimes (if not mostly) accessed from A-roads. So whilst money is always favourably given to projects like the Monsal trail, the interests of other cyclists in the Peaks are actually being neglected, as little money is ever spent on making these A-roads safer or more attractive to cycle on. 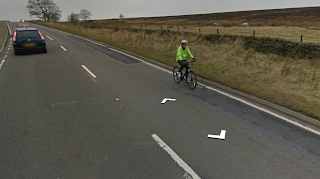 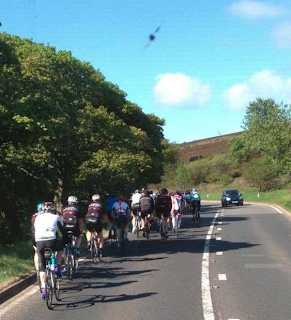 This post is timely as Strava (the GPS tracking site) recently released a Heat Map showing the routes that cyclists were taking throughout the world. We can use this to see that the A-roads in the Peak District are routinely frequented by cyclists.

But this pattern of using A-roads is not restricted to the Peaks. Take a look at  Box Hill.

The Peak District, like many parts of the UK, offers many quiet and secluded lanes which are ideally suited to cycling. Yet to get to these areas one must usually negotiate A-roads and busy junctions. Equally, cycling between peaceful localities within the Peaks can only be done by crossing or using fast stretches of A-roads. This is not just a problem for road/touring cyclists but also for some mountain bikers, which are frequently seen on the A-roads in the Peak District. Yet very little safe infrastructure is provided for cyclists on these roads. Instead the primary focus of council authorities, and cycling charities like Sustrans, is usually to place any money into leisure facilities like the Monsal trail. Whilst such facilities are greatly welcomed and are a magnificent resource for families, they neglect the need of many regular cyclists in the Peak district. I suspect this happens for two reasons. The first is cycling is woefully underfunded in this country, and what little money is available is used to promote leisure facilities that are likely to draw tourists. The second is the authorities most likely under-estimate how many routine cyclists are using the A-roads, and have very little data on the routes regular cyclists are using. Equally, whilst the latter cyclists may not be using the headline facilities like the Monsal Head trail, they are routinely visiting the Peaks and spending their money in cafes and pubs, and are thus a vital part of the economy.

My worry is that all new cycling money, like that announced yesterday, will always be focused on leisure paths, and will neglect the growing need to make many of the transit routes into the Peaks safer, more accessible, and more attractive to new cyclists. Because the ideal case is to have new cyclists, cycling to the Peak district and not getting in a car to drive to a leisure route.